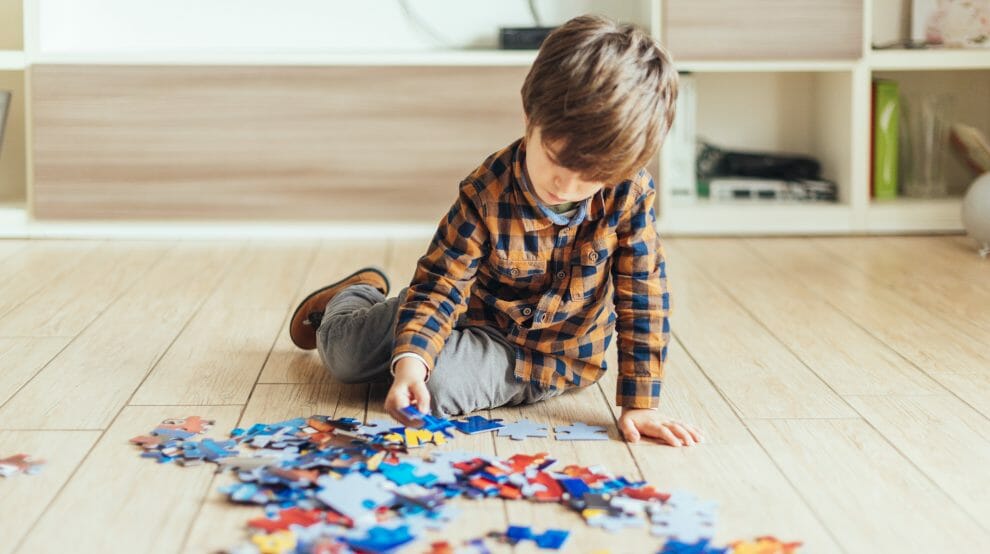 Some autistic children don’t begin to speak until later on in childhood. Many non-autistic kids will have started to speak by their second birthdays. If you’re a parent with a child who takes a little longer than usual to start speaking, is it cause for panic?

Generally, speech is something that people pick up early in childhood, but that isn’t always the case. There are some autistic people who are, in actual fact, nonverbal – they don’t use speech to talk to others. Being nonverbal or non-speaking can occur for a variety of reasons.

Many nonverbal autistic people choose not to speak. They may find speech to be overloading, feel more comfortable with communicating another way or aren’t confident enough to engage in full conversations.

A lot of nonverbal autistic people do, however, say a few words. It may be to acknowledge someone’s presence or describe an action. Younger autistic children may go on to speak later on in life; I myself didn’t start speaking until the age of six.

To the casual observer, being nonspeaking means not being as capable as those who can and will speak fluently. This isn’t the case though, as there are many autistic people who don’t speak but have full, successful lives.

They are able to do that because they find their own ways of communicating with others that don’t involve speech. They also have their own coping mechanisms and, like their verbal peers, they can think, work and live independently.

A number of myths surrounding autism and being non-verbal are often circulated. Examples include:

All of the above statements are completely false, and those who believe them aren’t getting anything like the full picture of what nonverbal autistic people are capable of. Many autistic people who don’t speak go on to achieve great things. There are academics, writers and even scientists who have been able to succeed without having to rely on speech.

Estimates suggest that almost one in three autistic people are nonverbal. That’s a significant amount of people who are often being dismissed just because they don’t speak. There are many nonverbal people in the autism community who are sharing their experiences and explaining what it means to be nonverbal.

There are millions of nonspeaking people around the world who prove that they are as capable as every other autistic person. Many of them have full-time paid jobs, have plenty of top qualifications from prestigious universities and colleges and even share their experiences with the world.

One such person is Canadian Carly Fleischmann. Carly is an author who uses her laptop to communicate instead of speech. Using it, she has written a book – Carly’s Voice – and has answered questions from parents, children and professionals alike.

In her own words: “I am not able to talk out of my mouth, however I have found another way to communicate by spelling on my computer (and yes that is me typing on the computer by myself).”

There are many other non-verbal bloggers whose work is worth reading. One example is Amy Sequenzia, who blogs for Ollibean and the Autism Women’s Network. Much like autistic people who use speech, she is able to get their point across without being forced into speaking.

A word on communication

Nonverbal people have different ways of communicating, but what are they? Here are some examples of how they engage with family, friends and colleagues:

The preferred method of communication varies from person to person. It depends on factors such as whether they have a preference for text or something more visual.

When communicating with someone who doesn’t speak, always assume that they can actually communicate. Not doing so can be seen as being offensive, whilst forcing them into speaking could potentially drive them further away from wanting to engage with you.

This podcast from Emma’s Hope Book offers a great explanation about what it means to be nonverbal: How we Communicate – A Podcast

Meanwhile, this powerful YouTube video gives further insight into how someone who is nonverbal communicates: In My Language

I have nonverbal autism. Here’s what I want you to know – The Mighty

Autism: How Do You Communicate With a Non-Verbal Child? – Comeunity.com