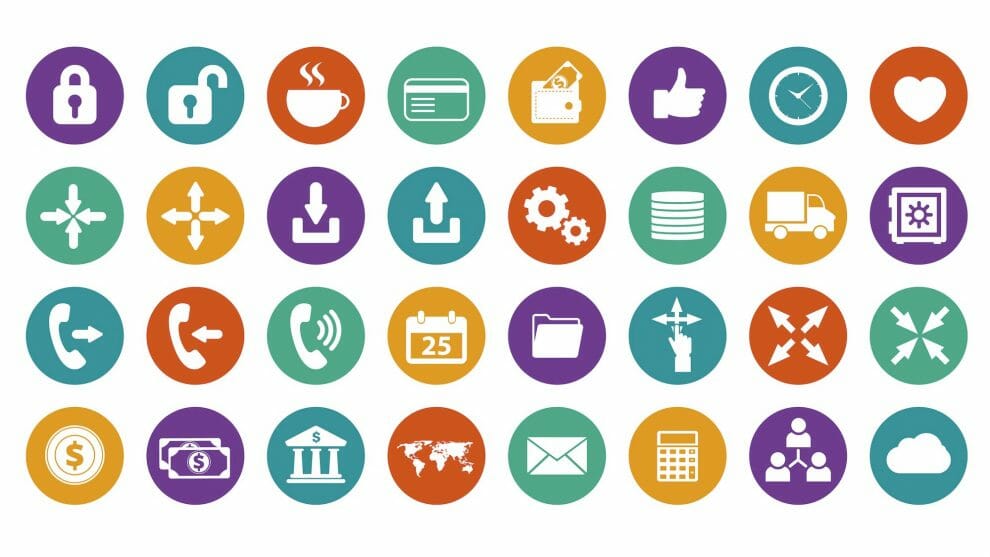 Speech and language issues are very common for children on the autism spectrum. Delayed speech or problems with understanding and/or replicating speech can make communication difficult, which can lead to challenging behaviours due to frustration.

What is visual communication?

Visual communication involves engaging with someone using anything other than speech. It can involve such aids as picture cards, sign language, videos and images and can help your non-verbal child to tell you how they’re feeling and what they need.

It can be used for just about anything. Teaching, giving instructions, asking questions – in many ways, it can work as well as verbal conversation. It can come in so many forms, but as each child has different needs, it may involve a little tinkering to find out which one is the most appropriate.

In most cases, visual communication follows this path:

This way of talking to your child will make it easier for you both, but there is one key thing you must remember. It’s important to give them a few choices. For example, if you want to know how they’re feeling, use three visual communication aids – one with a smiley face, one with a frowny face and another with something in between a smile and frown.

It can also work by using simple body gestures, such as nodding your head for “yes” and shaking your head from side to side to mean “no”. Accompanying speaking with images can prove useful too if, say, you’re talking about a person or place.

How to use it

Let’s go over the different ways of using visual communication for your child. Then, you’ll hopefully have a better idea of which method to use for different types of conversation between you.

Simple pictures of things like emotions, directions, places, people and actions are all handy for getting to communicate with your son or daughter, but what do they look like and how can they be used?

These cards have simple, cartoonish pictures showing a facial expression, activity or place. They’re often accompanied by a caption below to say what they are.

To use picture cards for visual communication, all you need to do is think about what sort of conversations you would like with your child and use the right ones. You can either buy them from a specialist shop or, if you’re feeling thrifty and artistic, create your own using card and marker pens!

When using picture cards, it helps to talk to explain each one. If, say, you’re asking them what they want for dinner, use a card for each option and say what it reads on the card. Many of non-verbal autistic children will be able to understand what you’re saying.

This form of communication is known as PECS – Picture Exchange Communication System. It’s the most popular way of talking to a non-verbal autistic child.

For children who find images too stimulating, language boards are a great alternative. These contain labels featuring a few common words that can be used to create short sentences. The words used for language boards fall into five categories:

This way of communicating visually isn’t for everyone, but it can help your child to get their point across while learning to improve their English. You can use these boards for picture cards too. You can either create your own using a whiteboard, some card with words written on them and velcro or download some templates here.

If neither language boards nor picture cards work, sign language and gestures could be just as effective. British Sign Language (BSL) can be used, but a simpler alternative is something called Makaton. Unlike BSL, it makes use of symbols as well as signs and is seen as autistic-friendly and child-friendly.

Each word has its own sign, placed in the same order as a spoken or written sentence. It’s often used alongside speech, so if you’re speaking to your child with Makaton, it might be helpful to talk while using symbols so that they pick it up.

Gestures, as a means of visual communication, don’t always work, but can be used alongside another technique like Makaton or picture cards. Nodding, shaking your head and waving can help for simple instructions or answers.

For something that goes beyond picture cards and has a more interactive feel, apps for smartphones and tablets can come in handy. You can find free ones like KidsToDoList, inexpensive ones like Choiceworks available for Android phones/tablets or, if you want something with more features, Proloquo2Go.

Apps like these provide pictographs that can act just like picture cards but without all the printing and sticking. They’re also handy for helping to improve literacy and numeracy, but remember to read the app’s description before downloading to see what you can get for your money.

As you’ve just read, there are many ways in which you can communicate with your child, all without pressuring them to speak. It’s all about finding out which methods are best for you and them.

The Educate Autism site is a treasure trove of all different visual printouts, from colours to body parts and most are free.

Here are some free Makaton resources.

Picto Selector is free software containing thousands of visual symbols. Please note that it is made for autistic people of any age, for any scenario, so does contain some explicit symbols.

Not free but well worth a look, ASD Bright Ideas has a huge range of excellent visual communication tools.

Autism and peer support: A valuable tool
Being autistic at university: what you need to know