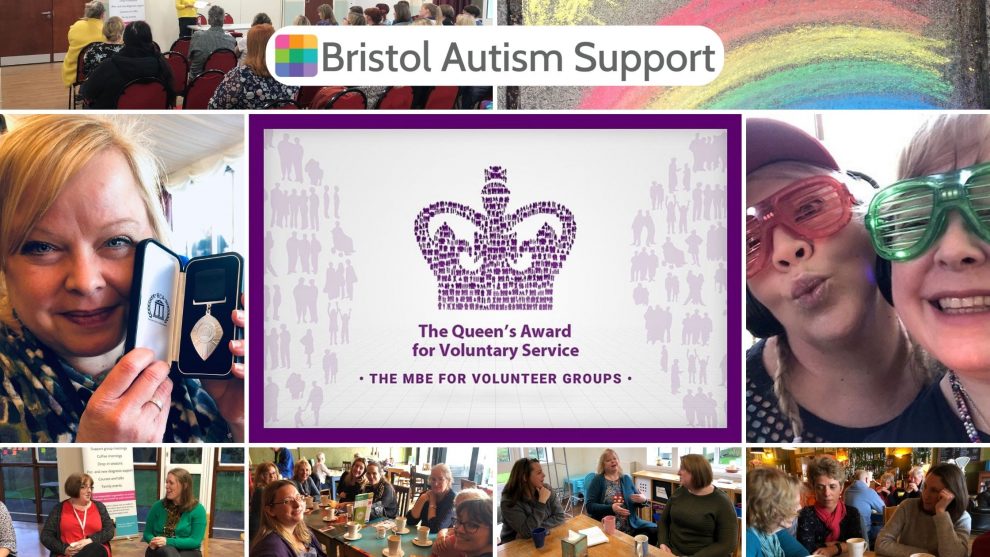 We are thrilled to announce that Bristol Autism Support (BAS) have just been awarded The Queen’s Award for Voluntary Service. This is the highest award a local voluntary group can receive in the UK and is equivalent to an MBE.

Bristol Autism Support is one of 244 local charities, social enterprises and voluntary groups to receive the prestigious award this year. Our work, along with others from across the UK, reminds us of all the ways in which fantastic volunteers are contributing to their local communities and working to make life better for those around them. The Queen’s Award for Voluntary Service aims to recognise outstanding work by local volunteer groups to benefit their communities. It was created in 2002 to celebrate The Queen’s Golden Jubilee. Recipients are announced each year on 2nd June, the anniversary of The Queen’s Coronation.

Award winners this year also include Incredible Kids another Bristol based charity supporting children with additional needs.  Incredible Kids provide play and support to children at the Vench in Lockleaze.

6 Representatives of Bristol Autism Support will receive the award crystal and certificate from Mrs Peaches Golding OBE, Lord-Lieutenant of the City and County of Bristol later this summer.  In addition, two volunteers from Bristol Autism Support will attend a garden party at Buckingham Palace in May 2023 (depending on restrictions at the time), along with other recipients of this year’s Award.

Jade Page the Parent Support Manager at BAS says “I am delighted that our volunteers hard work and commitment to our community is being recognised. Congratulations and thank you to all our wonderful volunteers this award is for all of you.”

Kate Laine-Toner who earlier this year received the British Citizen Award for Volunteering (BCAv) founded Bristol Autism Support in June 2012.  BAS began as a small parent meet up in a South Bristol pub.  Over the past 10 years BAS has supported thousands of parents and carers of autistic children running support groups, information sessions, children’s activities, pamper days and wellbeing workshops.  Bristol Autism Support is running a ‘Tenner for Ten’ appeal asking for £10 donations during June its birthday month.