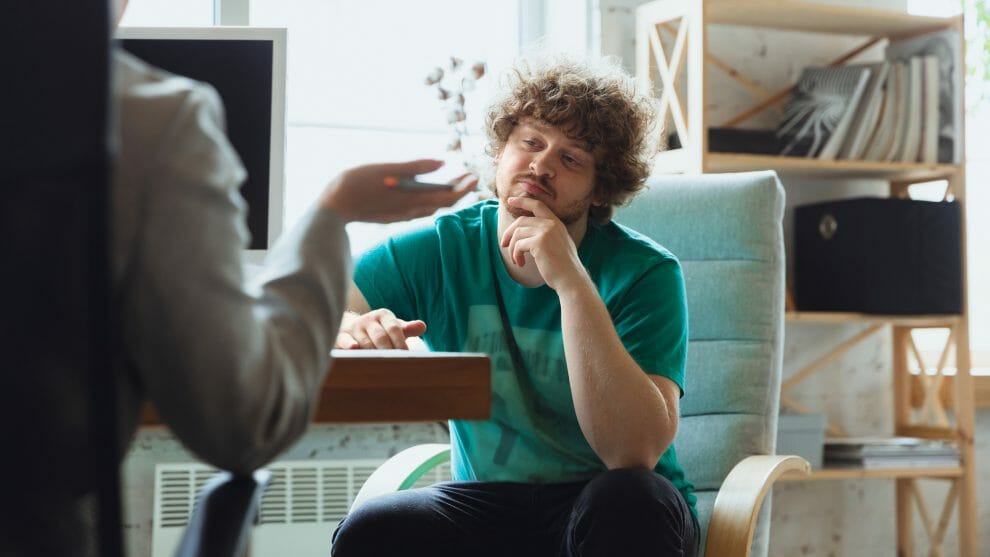 There’s a big debate within the autism community about how to refer to those with an autism/Asperger’s diagnosis. It’s been rumbling on for years, with intense debate from both sides about which one’s argument is the most valid, but what is it? It’s about how autistic people should be referred to.

Using “person with autism” or “people with autism” is what many professionals tend to use. It’s more common than identity-first language, partly because organisations that use it have so much influence, such as the National Autistic Society and Autistica.

By using person-first language, you’re saying that there’s more to a person than their autism diagnosis. In the eyes of some people, it’s also a far friendlier label than “autistic person”. However, in a grammatical sense, person-first doesn’t quite add up. It suggests that autism is somehow separate from the person themselves, which isn’t quite true.

Being autistic has a big impact on the way someone thinks and acts. Also, to some people who take things a little too literally, it seems like we’re carrying autism with us! Imagine this conversation:

“My name is Luke and I have autism”

“Okay. Where is your autism?”

One final point on person-first language is that some argue the term “person with autism” is there to remind people that someone with a diagnosis is actually a person in the first place. It’s viewed as demeaning by many activists and can give the impression that autistic people are somehow inferior to those who aren’t autistic.

This way of referring to people with an autism/Asperger’s diagnosis is chosen largely by autistic people themselves, particularly self-advocates. Some academics who specialise in autism also prefer identity-first language, as do a range of organisations throughout the world.

Using the label “autistic person” is seen as a symbol of pride amongst many in the community. It shows that there’s no shame in being autistic, whilst it helps to give activists the motivation to empower other autistic people and those closest to them.

When written down, it’s far simpler than “person with autism” or “…who has autism”. When you’re trying to write a simple intro to a blog post or description of an autistic-friendly event, identity-first language is the obvious choice.

That being said, identity-first language does have its drawbacks. To some, it can seem a bit too short, sharp and cold. It can imply that there’s nothing more to a person other than being autistic. To some eyes, it can also seem a little politically incorrect, whereas “person with autism” has a softer, friendlier feel to it.

There is a big campaign by activists from all over the world called Identity-First Autistic. Their aim is to persuade autistic people, professionals within the autism sphere and people within the media to switch from person-first to identity-first. A lot of activists have backed them, including the US-based Autistic Self-Advocacy Network.

It’s a tough call to decide which of the two is best. Both have good cases but logically , identity-first language wins. It’s easier to say and write, is preferred by a lot of autistic people and can, if used in the correct way, be empowering and instil a sense of pride in many people.

Identity-first language isn’t for everyone, though. Choosing the right language for the right audience is very important. For parents, carers and professionals, go person-first if you’re more comfortable with it. For autistic people, go identity-first, as there are a lot among us who’ve been using this language for years.

It’s all down to personal preference, but as most discussion about autism concerns autistic people, identity-first is the safest option. While young kids might not know about the difference between the two, as they become older and more aware, they may learn about it later on, deciding for themselves which one is best.