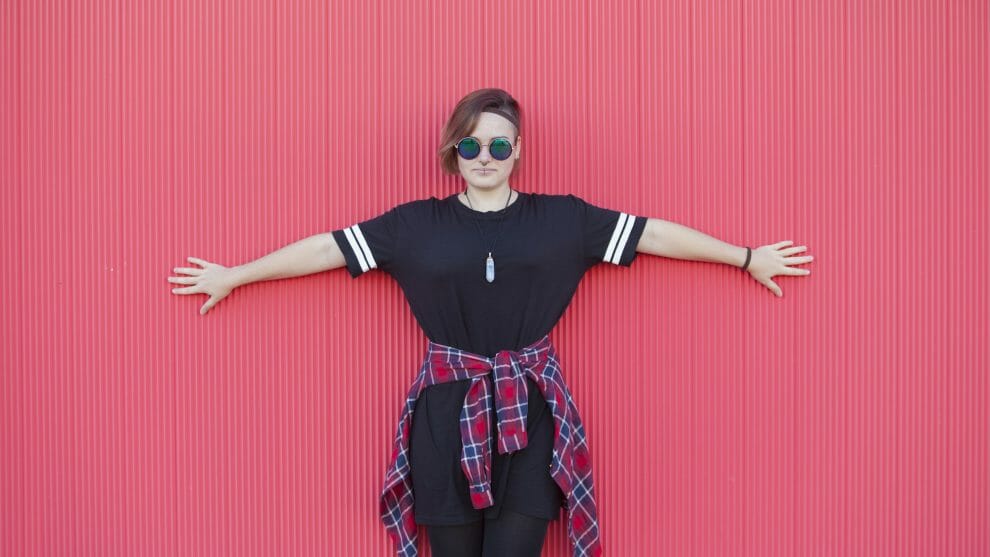 There are some people who, from birth, don’t feel entirely comfortable in their own skin. How they look isn’t entirely compatible with how they think. Anyone who feels as though they were born with the wrong body or doesn’t fall within one specific gender will know exactly what this is like.

Gender identity is a topic discussed quite widely within the autistic community. It’s something that many autistic adults and children try to understand in order to feel more comfortable about who they are and how they feel in themselves, but what do you need to know?

In this blog post, we look at how autism and gender identity are linked and what you can do to support someone who’s experiencing such issues.

Something a lot of autistic people young and old know about is not fitting in. Whether it’s in school, at work, in their local community or in society as a whole, not being able to conform to other people’s standards is very real. Not fitting in can be a barrier to getting work, making friends and even finding love.

For those who aren’t what is known as cisgendered (identifying as either male or female), fitting in is just as problematic. Feeling as though you were born with the wrong gender can make it hard to fit in amongst exclusively male or female groups, particularly at a young age.

When you’re unable to fit in for two reasons rather than just one, making friends and being comfortable with yourself is harder still. Seeking acceptance for who you are should be a given, but this isn’t always the case.

According to a recent study by US academics, around 8-10% of people who experience something called gender dysphoria would meet the autism diagnostic criteria. Gender dysphoria means that someone identifies as the gender opposite to that which they were born as.

The proportion of people who identify as transgender is tiny – it’s estimated to be around half a million people in the UK. As for those who identify as non-binary – not falling into either gender category, there are no exact figures, but it’s become easier to come out as society has become more accepting of different gender identities.

When it comes to gender identity, there are a few words you may need to know about. They are:

All this can be confusing, but it’s worth remembering all of these terms. It helps if your child or children are wondering where they sit on the gender spectrum. Putting a name to it can help reassure them later on in life, much the same as receiving an autism diagnosis.

One thing you might also like to learn about is pronouns e.g. he, she, him and her. Ask your child what they would prefer. If they want to be referred to using a gender-neutral pronoun, use ‘ze’ or ‘hir’. Talk to your child about them when they’re ready.

Upon reaching adulthood, your child may want to explore their gender and sexuality further. They may look at going to events that fall under the LGBTQ (Lesbian, Gay, Bisexual, Transgender and Queer) umbrella. If they do, make sure they’re safe; some events aren’t autistic-friendly, with crowds, loud music and so on potentially causing overload.

If possible, it might be worth signposting them to a support group. One such group is ASPECS, who are based in Sheffield but sometimes have meetings in other major cities. Failing that, any local charities dealing with LGBTQ issues may be worth talking to.

Aside from signposting your kids to relevant services, it’s possible to offer them a little support yourselves. All it takes is a little understanding of gender identity and how it relates to autism. Offering them a shoulder to cry on and try to encourage them to follow their heart if their identity is anything other than cisgendered.

If you know someone who identifies as transgender or nonbinary, ask them for advice. However, when doing so, it’s important to do so in a sensitive way. Things you could ask might include how they learned about their gender identity and how they informed their parents, or about which pronouns are correct to use.

Finally, give them room to explore their gender. By not standing in their way, you’re showing them that there’s nothing wrong with being anything other than cisgendered.

Other links you may find useful

Living between Genders an article from Spectrum News