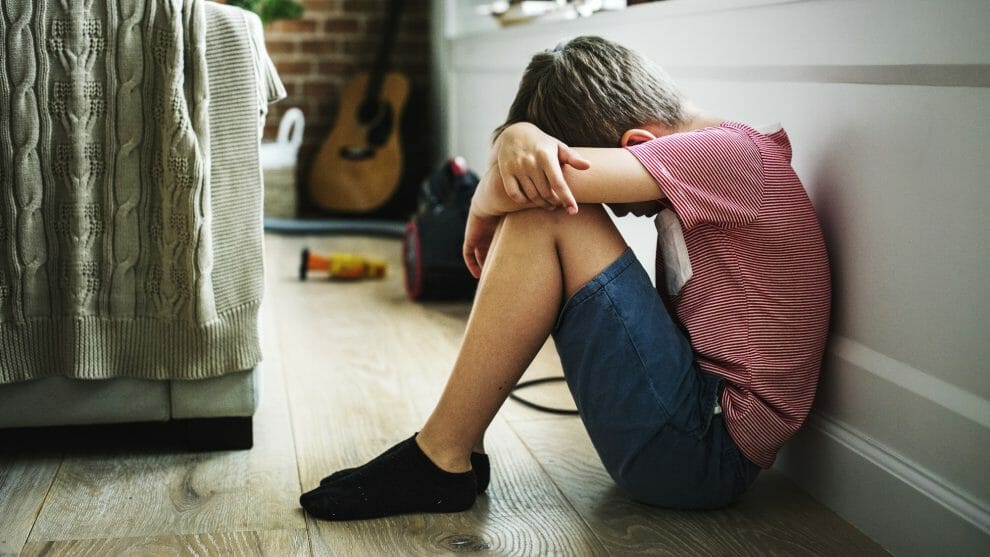 When everything around us becomes a bit too much to handle, we all have ways of reacting to it. Some of us try to bottle up our feelings, whilst a few people’s first instinct would be to go somewhere quiet. For autistic children (and adults) who become overloaded, anxious or unable to cope with what’s going on around them, there tends to be one of two reactions.

One is going into a meltdown. They vary widely from person to person, but they generally develop as a result of anxiety reaching a point where it cannot be contained. Shouting, screaming and ranting can occur. With some people, meltdowns also have a physical side; throwing, kicking and lashing out often happen.

The other reaction to overload is a shutdown. They aren’t nearly as easy to spot as a meltdown, but the impact on an autistic person can be just as big. In this post, we explore what a shutdown actually is, how it happens and what you can do to help someone experiencing one.

Shutdowns are a more muted response to extreme overload or stress. When an autistic person goes into shutdown mode, there are a few common signs. These are:

It’s not that easy to tell when a shutdown is going to happen, but if your autistic son or daughter is feeling stressed or overwhelmed, it’s good to know what the root cause is. They may be in a crowded, noisy environment. They may be doing a task they find really difficult or may be on the brink of shutdown as a result of days and weeks of stress building up.

Shutdowns have two purposes. The first is to try and express that someone is feeling stressed, while the second is to try and get rid of that stress and calm down. In some instances, they occur after a meltdown, acting as a means of trying to return to normal.

As is the case with some meltdowns, an autistic person who experiences a shutdown will eventually come round. However, the time taken to recover varies depending on the shutdown’s cause, how overwhelmed the person is and how close they are to its cause.

To be on the safe side, it’s worth giving your child space when it happens. By being left alone for a while, they’ll be able to gradually de-stress and, in the process, be able to recover without it seeming forced or risking another shutdown occurring.

If your child has several shutdowns, take the time to find out what works to help them recover. It could be something they enjoy, something to stim with or a quiet, reassuring word or touch. The latter can work in knowing that your son or daughter has some support when at their most stressed or anxious.

When your child has a shutdown, find out what’s causing it. When they’re in shutdown mode somewhere busy like, say, a supermarket or a shopping centre, it’s worth leaving that space as soon as possible. If it’s happening at home, turn off whatever’s making the sounds or causing a shutdown and let your child spend some quiet time alone.

If shutdowns happen at school, inform the headteacher or whoever else is responsible of what they are, why they happen and how they affect your child. Then, the school will be able to make reasonable adjustments for your child. More importantly, they will also know how to make sure they’re supported when needed the most.

There are a few other ways in which you can help your. One is putting together a “worry book”, which lists everything your child is stressed or anxious about. At home, soundproofing their bedroom can work, while outside, trying to avoid busy environments where possible can work wonders.

It’s important to know that shutdowns can be helpful to autistic people. While they can take a few minutes or hours to recover from, they help to block out stresses and strains. Do what you can to help and they’ll feel better for it.